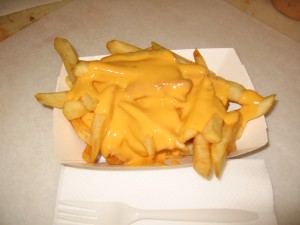 ” I’m not shy and  i’m not retiring” was  Senator Barbara Mikulski’s key catch-phrase: seared by all newspapers, tweets, TV news segments and radio stations– but to hear it first-hand was once in a lifetime, that’s for sure.

It’s good that the Senator:” …Wants to use her little body but big voice to represent us, since we are all in this together.. we must work side by side with this great government..”

After the Senator concluded her speech, roars of encouragement vibrated throughout the room. And  after she took her place by the side of the podium,Governor Martin O’ Malley, towards the end, corralled Dem spirits over the upcoming election against Bob Ehrlich.

While everyone left the conference room, I pulled my car out, assisted the video-grapher  then  followed the Communications Director from the Mikulski campaign unto our next stop: Weaver’s Diner in Washington County.  I am normally an overly cautious driver who glances at her rear view mirrors consistently, but in this instance, that wasn’t an option for me. I had to zig- zag-swerve through curvy, elongated country roads and cross my fingers that my car doesn’t crash into a mountain. After a handful of time passed, I held reign and caught up. 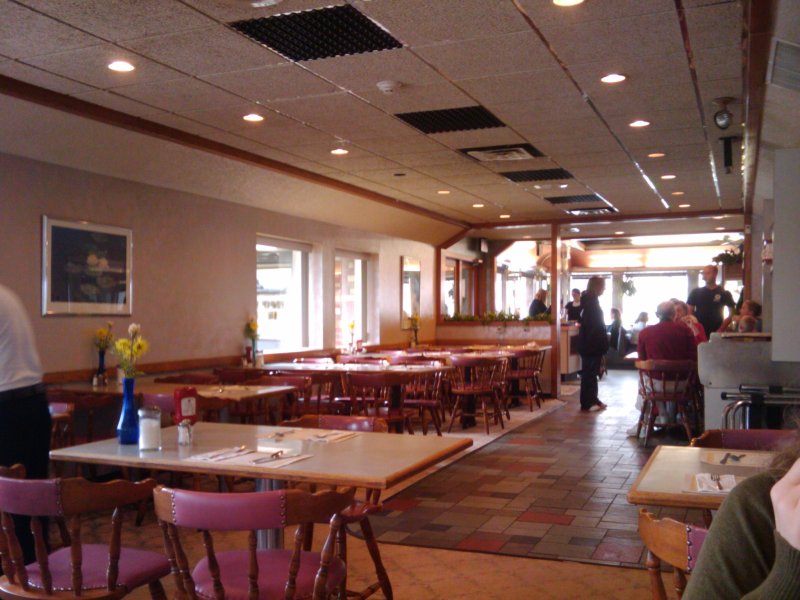 When we arrived at the Diner, I saw the powerhouse speaker, herself, asking the towns people in Hagerston how the recession was affecting them. Each person, within ear shot, told her their trials and tribulations with that, and she warmed everyone’s spirits by saying that Hagerstown was a town of brothers and sisters, and that we are all in this together.

The diner, itself, was very Americana. It had a 1950’s feel and taste to it. Not even a kitschy, modern newly created 1950’s diner could top this place. The cheese fries they had were dangerously fatty  but delish’.

I’ve read in past news articles that the Senator visits diners across the state to speak with people but to observe it as a bystander, was interesting.  Though, I only had a side view, I saw her face full of sorrow when a few locals told her how unemployment was running rampant across the area. Her voice was velvet with compassion for each person’s plight.  She really does mean it, I saw it first-hand with my own eyes.