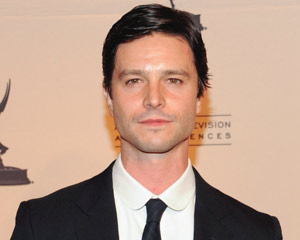 Jason Behr used to look like a stud in 1999, when he was 25 years old, as Max Evans on Roswell, the greatest show on earth. If Snooki from “Jersey Shore” likes it, then so should you.

If you look at him now, at the geriatric age of 39, his once firm jaw,  sharp eyes and taut skin has forever vanished into Tv land. He looks more grayer than a ghost and his oily hair makes me weep. Gone are the days when he was Max Evans, hearthrob extraordinaire.

Today, he’s playing a criminal on the show “Breakout Kings”, praying and probably begging to have a recurring role on that show. I can’t even watch this show, since i’ll probably be in rue of  better days when he was an actual stud.  Here is a pic of him in his prime: 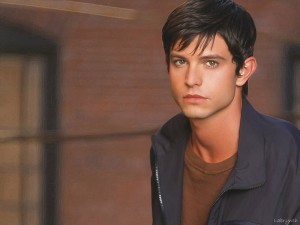 Do celebrities read blog entries about them? I really hope not since I don‘t want Jason Behr to hate me. I think that would make me cry. He was my first celebrity crush when I was a lil (still little) girl.  Ironically enough, my friend Jen wrote a vitriolic piece on Elliot, from D.C 101 and he actually replied back.  My wordpress statistics have indicated  multiple searches for Jason Behr. I really hope Jason does not read this piece. I don’t want him to hate me!

Actually, maybe Jason should be mad. Jason, if you are out there, go ahead and reply back! I double dog dare you!