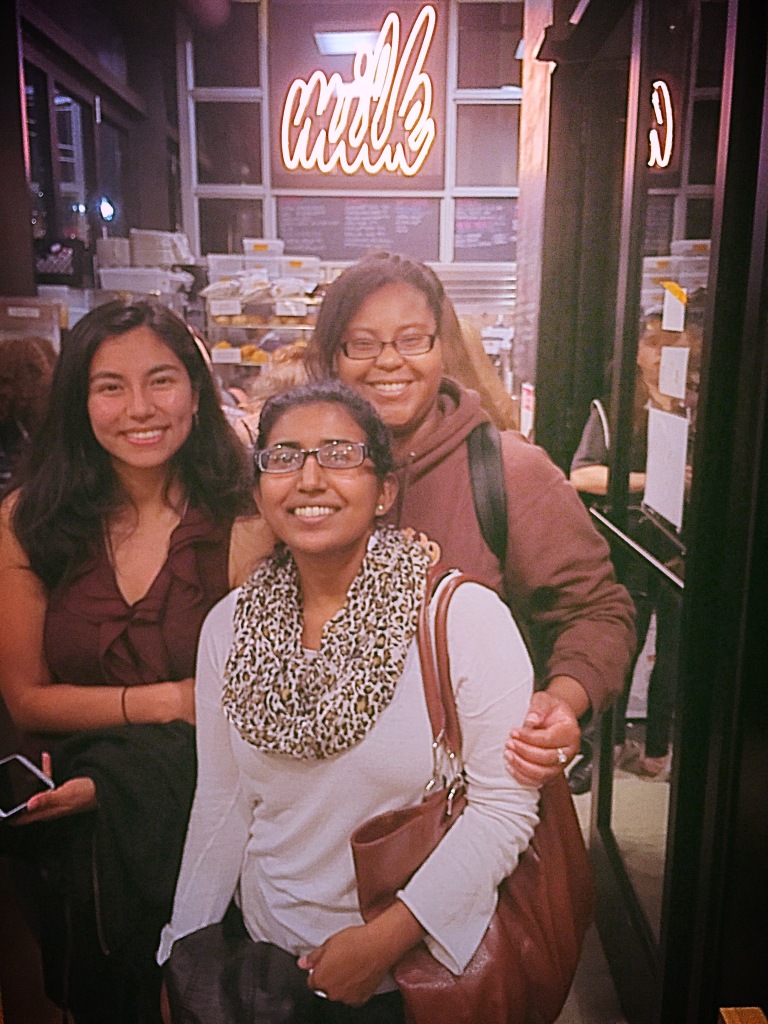 Momofuku’s Milk Bar is a posh, modern bakery that offers up a singular line of cakes, cookies, deserts and milkshakes.  Milk Bar recently opened up its doors in Washington D.C the last week of October to a hungry crowd of foodies who eat up whatever Washington Post Weekend Guide posts (gotta love elite hipsters). When I went last Friday, I wrongly assumed that the hype cloud dissipated but, sadly, that was not the case.

I, along with two awesome gal-pals, waited in line for a whopping 45 minutes just to partake in a delish cereal parfait, compost cookies, and bite sized cake balls. The wait was kinda unnerving but as soon as we walked through those glass doors and were treated to a wide array of comfort food, we were easily contented.

I can easily see why Mindy Kaling raved about the New York location on her instagram. The bakery gave her a delicious cake for her birthday, and I kinda want to get one for mine next year too. I totally recommend this bakery, especially if you have a unique palate and are an adventurous human being (eater).

Aside from trying new hotspots, i’ve been having some interesting adventures along the way. As many of you know, well probably not since not everyone believes in the heart-wrenching power of a good soap opera, Days of Our Lives is celebrating their 50th anniversary by having a nation-wide book tour.

I, honestly didn’t know about the book tour until a good friend of mine from college text me about it. Up until that day, she was the only one I knew who caught up with the soap opera from time to time. After I posted pictures with witty updates, I learned that several of my other friends have fond memories of the soap too.

Anyway, the event took place in Bethesda’s Barnes and Noble, and, surprisingly, a flock of desperate housewives crammed up the line and even fought tooth and nail to get even closer to the stars. I even had one baby boomer, with skunk hair, a worn out Lands End sweater, and a sour expression only a daughter in law could love, threaten to kick me out because I accidentally stepped next to hear. Never knew this tour was going to have some Hunger Game moments.

I’ve been a fan of this show for most of my life but was afraid I would come off as a frantic fan. Sad to say, I was in too much shock that I was speechless the whole time and ended up mumbling trivial expressions to the stars I hearted. For instance, when I saw Bryan Datillo, I mumbled that I loved him and Allyson Sweeney when she declared that she was preggers with Will. He was sweet and thanked me, and his agent asked if I wanted a picture. I gleefully complied, however, something strange happened.

Nadia Bjorlin, who I have been a heavy fan of ever since she first came on to the show, reacted really harshly when I was going to get a picture of Bryan Datillo. She stated really loudly, and stared at the crowd,”Mind if I am in the picture. I know women get jealous of me because I am a pretty woman and don’t always want to get a picture with me.”

So I was dumbfounded. I used to think she was poised, confident, and graceful since I’ve also seen her behave in a distinguished way in “Dirty Pop” but, I realize, she may be more like Chloe Lane than meets the eye. I shakily replied, “That I really love her and think she’s amazing.”

She smiled royally in the picture, ofcourse. Although I still think she’s a beautiful actress, after this strange fan experience, I hope she grows up and learns not to take anything personal.

After I attended the Days of Our Lives event, I had a heavy Saturday. I had to be at three locations at once and this was a complete first for me. A birthday, a costume party, and another birthday, all in different parts of Maryland and in D.C.

I successfully drove to each location, and had a bomb time at my friend’s Polish birthday, ate delicious polish dishes, and gulped down some coconut cake. For the costume party, I didn’t have time to change into a costume so I told everyone there I was Mindy Kaling. I guess that worked? Maybe this can be a costume idea I can do every year in case I don’t have time to get one.

The last birthday party took place in Dirty Bar, located by Dupont Circle in Washington D.C. My friend got us into a VIP spot and we had a great time getting acquainted again. Afterwards, I found these  two delicious late night spots that I want to go  to again. My new favorite late night spots are Julie’s Empanadas, and Surfside Taco Stand. All I have to say is I had the best empanadas and quessidillas I had in awhile.

Strangely enough, I saw some interesting side acts this weekend in D.C. 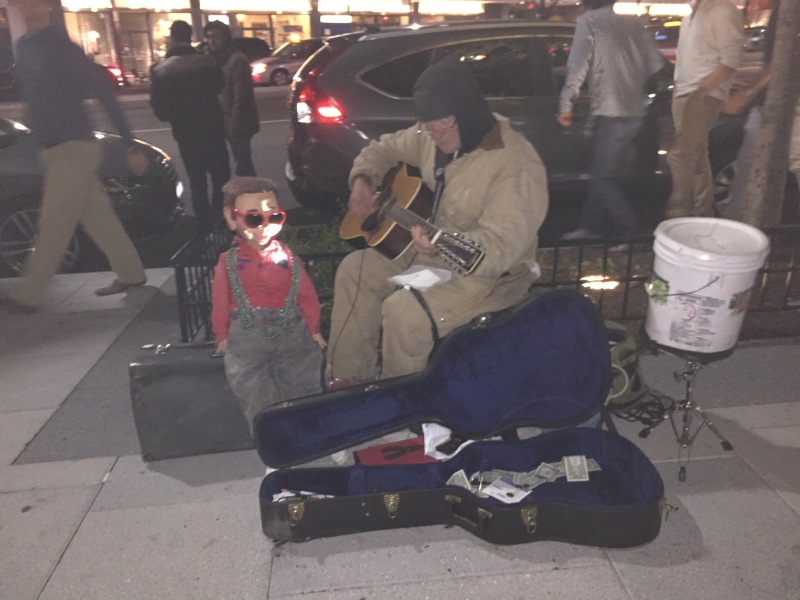 I saw a street performer use a ventriliquest dummy to play popular songs. The whole experience was too surreal for me and it wasn’t something I would expect to see by Dupont. At some point, I was in Chinatown and I saw a legit hippie caravan with a line of people walking into sample fresh baked pie and to partake in some nomadic, hippie literature. These experiences are something you would see when you go to San Francisco, Seattle, or in New York City but I never knew this would happened in D.C. Who knew?

Have you been to Momofuku’s Milkbar in D.C? Or have you met any Days of our Lives stars during the 50th anniversary book tour? We’d love to hear your experiences below!